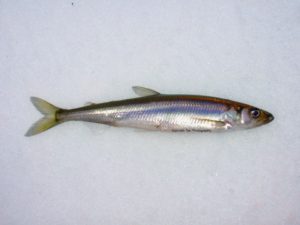 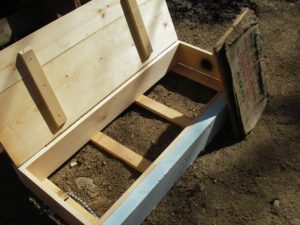 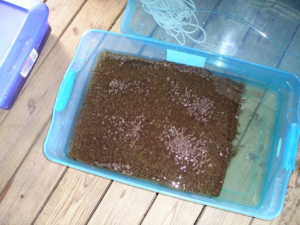 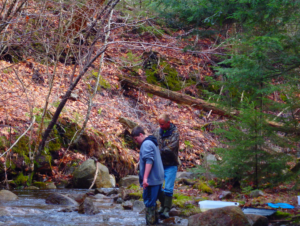 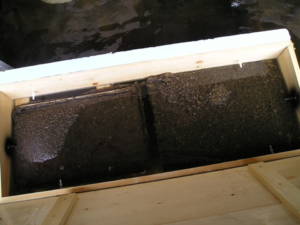 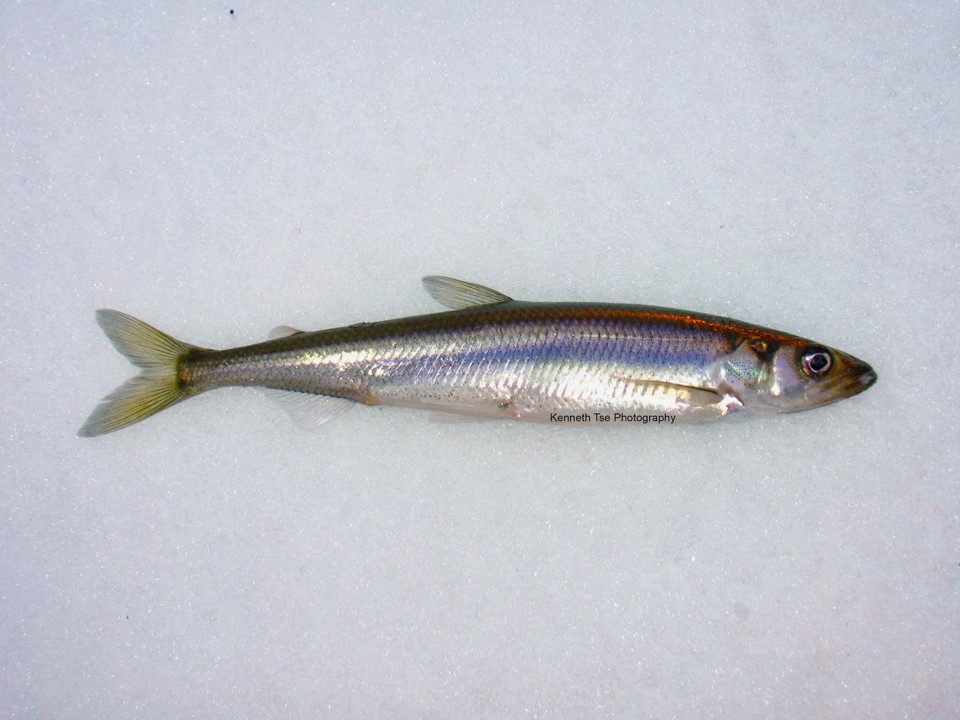 This year, I along with others were out on the streams ten different dates beginning 3/13, 2018. Ken Ziobro and I took salinity readings above and below Route 28 at Buck Hollow and Bottle Creek. Initial readings on salt levels had little difference in March when the flow was low and snow pack was high. Although there was still about a 10 -20% increase below the road vs upstream above. This increased to about a 30% increase at Bottle Creek on May 3rd. The increase at Buck Hollow showed a 120% increase in salt levels….

With the late spring we had, the smelt did not really start until 4/26 and peaked on about 5/3. We pulled the mats and eggs on 5/13. (Three weeks later than last year!) Ph levels were between 6.4 -7.1 on Fourth Lake which are really great! I must add that we did see fantastic amount of smelt on 4thLkae this year. Literally in the 10s of thousands!

Maxons Creek –Ph was 6.4 – 7.1. Since starting the egg project initially in 2010, in the last several years there have been smelt returning in small numbers of 20- 30 and slowly increasing to last year where we had 40-60 returning.  This year we had for the first time about 1000 fish returning! We put in about 50,000 eggs this year upstream from the many thousands of eggs naturally spawned!

Kilbourn’ Creek – Ph was 6.8-7.7. This is only the 4th year but we have had some 40 fish returning this year. I see no reason that we cannot improve on this. We put in about 30,000 eggs. There were a few naturally spawned there as well.

Bottle Creek – Ph was 6.7 -7.4. Jeremiah Best was watching this stream and did see 20 smelt attempting to get up stream. Three years ago we did have three that were up stream. Bottle Creek continues to be problematic but we did put 25,000 eggs in upstream below Rte. 28.

Faro’s Dock – While we really have no way of effectively gauging results here we continue to put eggs into the Lake with the hope that they will be Lake spawners? If not then they may supplement Kilburn’s or Maxon’s Creeks or find another creek…? Hard to tell.

Overall, it appears we are making progress and the smelt seem to be coming back.

I want to thank Jon Fieroh and KC Kelly from the DEC but also Kathy Damon, without whose generosity this project would not be possible. Also for all those that have been helping along the way, Mohawk Valley Trout Unlimited, Ken Ziobro, my grandson Kyle, Mike Hess, Jeremiah  Best and  Bill Faro.